Here it is already spring once again!  The months have passed quickly, but I hope to have time to write more in the weeks to come. 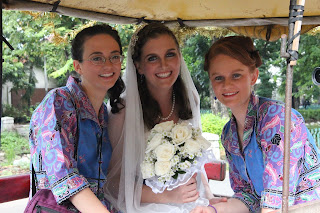 Life continues to be going well for our family, and our daughter, Sarah, remains free of Crohn’s disease.  In December she traveled to Indonesia to be a bridesmaid in a friend’s wedding.  Ten years ago, we would never have imagined Sarah’s immune system would have tolerated a trip like that, since the environment with a different climate, foods, and germs can sometimes be challenging health-wise in a place like Jakarta.  We are grateful that Sarah did so well.  She had a great time and gathered wonderful memories for a life time.


We have enjoyed hearing from others who also are having success by following a restricted-sucrose diet which is described in Reaching for Answers to Crohn’s Disease.  I’d like to take a moment to share about Sheila and her 2 sons from Cleveland, Ohio, who all have had Crohn’s disease.  Her story was very inspiring to me, and I hope it will be encouraging to you.


I first heard from Sheila about two years ago.  She was diagnosed with Crohn’s many years ago and learned of our story when she was looking on Amazon for books on the subject.  After reading Reaching for Answers to Crohn’s Disease, she was intrigued because she herself had come to the realization through the years that sugar had been a factor in contributing to flares.  Using info in the book, Sheila was able to convince her sons, one in high school and one in college, about the credibility of the reasons for restricting sugar and taking a probiotic.


In her desire to spread this news to others, she gave books to several doctors.  Months later I heard from a gentleman whose 8 year old son had Crohn’s.  I soon learned that he received our book from his child’s pediatrician.  And guess what?  His pediatrician happened to be one of the doctors Sheila sent a book to. His son is doing well and is also now off of medications.


Reachingfor Answers to Crohn's Disease is now in e-book format to make it quicker to access for those who enjoy reading e-books. (Available from Winepress, the publisher, by clicking here.)  Two changes were made in this version: Dr. Poley now allows a small amount of honey, and we removed the statement about NutraSweet, since there is so much controversy about its safety.


I have included in this post a recipe for peach cobbler that has a small amount of honey in it.  It’s also gluten-free for those who are bothered with gluten.....Enjoy!


Many blessings to you for good health!   Happy Spring! 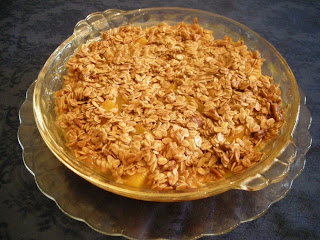 
In a bowl stir together other ingredients.  Then mix in 1/3 cup of softened butter or margarine.


Spread on top of peaches and bake for 30 minutes at 350 degrees.