When Things Don’t Seem Fair: Anger and Intestinal Bugs
Life can be full of experiences that prompt the thought—“when things don’t seem fair.” Even when we try to do all the right things and follow all the rules, there are times when things simply don’t seem fair. If only we could see the big picture of how it’s all going to turn out, it seems it would be much easier to deal with life’s challenges.  Sometimes I wish I could simply peek into the gallery of the Great Artist and see the finished picture. 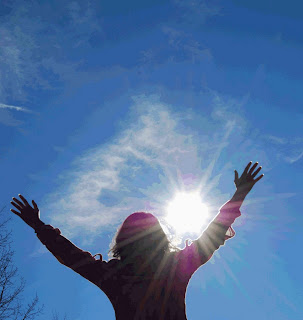 Several years ago I came across an article in a medical journal about intestinal bacteria and our emotions (Human fecal flora: variation in bacterial composition within individuals and possible effect of emotional stress by Holdeman, Good and ).  The purpose of the research was to analyze the kind of bacteria that several astronauts had during a 5-month duration.  During that time they ate a controlled diet in a confined environment.  A situation arose that caused anger with the astronauts, and it was discovered that anger was most likely responsible for the increase of a normally present GI bacteria species, thus throwing off the balance of the intestinal bacteria.  When the anger was resolved, the bacteria resumed a balanced state.
One might think that maybe this was caused by just general stress, but further research was done to determine if other types of stressful situations, such as exam time for students would cause the same imbalance.  The results indicated that other stresses didn’t change the bacteria balance, so it seemed that anger was the predominant cause in the astronaut study.
I’ve thought about that study from time to time and have wondered if having significant frustrations or anger about dealing with a chronic illness such as Crohn’s disease can affect the course of the illness.  Encountering and enduring situations that can cause anger is simply a part of life, but there are productive ways to get rid of it.  Any kind of physical exercise can be of great benefit as well as simply writing or talking with a friend about it, or you may have your own way of dissolving anger issues. Prayer can also certainly play a huge part in bringing about peace of mind.
Perhaps one day we’ll know if resolving anger is a part of the complete picture containing the answers to Crohn’s disease or other illnesses.  But until then, maybe trying to get those spots of anger wiped off the canvas might be a good idea.
May you be blessed with a peaceful day and with happy “bugs.”
No comments: