In Search of GI Doctors

Since Dr. Poley retired a few years, I am often asked if I know of other gastroenterologists who are supportive of diet.  If anyone knows of  gastroenterologists (adult or pediatric) anywhere in this country or elsewhere who are willing to support patients following Dr. Poley's treatment plan, I would so greatly appreciate knowing.
Thank you so very much in advance for any information that I can share with others about this!!

Please comment here or send me an email at crohnsdiseasesuccess@verizon.net...Thanks so much!
Blessings,
Martha

Recently, questions about the SCD have come up with several people, so I decided to revisit that topic.

I am grateful that Elaine Gottschall wrote her book, since that is where I learned of Dr. Poley's research. (She cited his research numerous times). However, Dr. Poley thinks that she may have misinterpreted the results of his research.

From Dr. Poley's explanation:  The starches are "broken down by pancreatic amylase in the very upper small intestine and are further worked on by glucose-amylase with the end product being glucose, which is then quickly absorbed." Since starches are so quickly absorbed, Dr. Poley doesn't think they are a problem.

I realize that there has been success for some who follow the SCD, but there may be an easier diet to follow that would also work, such as Dr. Poley's recommendations for restricting sucrose.
It is good to be aware though that some people with Crohn's disease may also have celiac disease or gluten sensitivity, so it would be necessary to eliminate gluten as well as restricting sucrose.

Whatever you choose to do, I hope you will be well.
Blessings,
Martha 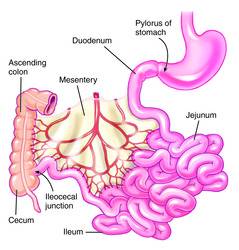